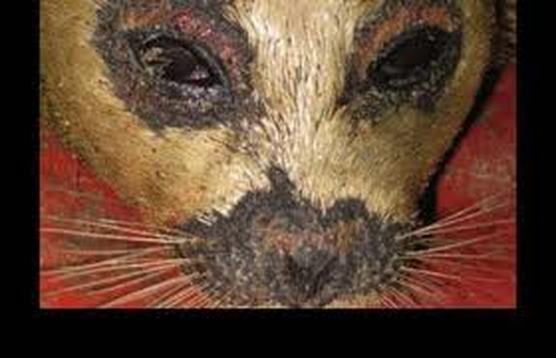 For the last 30+ years I have been working in Alaska on climate change as it relates to top predators, harmful algal blooms and contaminants. In 2011 I noticed, even before measuring, increases in UV radiation levels and predicted to my colleagues, upon learning of the higher than normal levels of UV, there would be consequences to the environment. Accordingly, I was surprised when no scientists recognized the UV radiation burns on the seal in the Arctic in 2011. This simple paper presents an argument that supports the effects of UV radiation on seals in the Arctic, describes a link to global warming/climate change and predicts more and worse events in the future. I will be presenting a paper at a conference in Russia in May 2013 on the topic. See the presentation at: http://www.youtube.com/watch?v=nuOx17v5ALQ&list=FLST_RpmY_soi7zxWql-VK2g


In 2011 seals were showing up on some Arctic Ocean beaches with some unusual symptoms; some were dead or dying. The US federal agencies issued warnings to consumers of marine mammals in the region and began an intensive investigation of the cause (see http://alaskafisheries.noaa.gov/protectedresources/seals/ice/diseased/ume_qa0612.pdf). What US government researchers have suspected as resulting from chemical contamination such as persistent organic pollutants, radionuclides or disease may be nothing more than severe sunburn.

Sick Seals
In 2011 more than 200 seals were stranded along the Arctic coast from villages in Chukotka, Russia, along the Alaska Arctic to Tuktoyuktak, Canada. The US National Oceanic and Atmospheric Administration (NOAA) reported diseased ringed seals exhibited hair loss, delayed molting, skin sores, lethargy and labored breathing. Many were dead (about 40%). Nearly 30 dead seals were necropsied finding lesions in the skin, respiratory system, liver, lymphoid system, heart and brain

Figure 1. This seal shows the hair loss typical of this event.

Arctic hunters reported mostly bearded seals (Erignathus barbatus) and ringed seals (Pusa hispida) to be afflicted, but there were some reports of Pacific walruses (Odobenus rosmarus) with unusual skin sores. The stricken and dead seals were tested for bacterial, viral, fungal and toxic agents. Laboratory findings were inconclusive for poxvirus, herpesvirus, papillomavirus, morbillivirus, calicivirus, circovirus, lentivirus, retrovirus, and gammaherpesvirus. Results were also negative or at historical levels for radionuclides and the most common harmful algal blooms (HABs), domoic acid, paralytic shellfish poisoning (PSP) and okadiaic acid. The US government declared this an ‘unusual mortality event.’

Few cases of sick seal were reported in 2012. However, since the spring of 2012, scientists have documented 23 polar bears from Alaska with hair loss, skin and mouth sores. Tests for toxicity, thyroid function, vitamin A and trace minerals in polar bears have been inconclusive (see http://alaskafisheries.noaa.gov/protectedresources/seals/ice/diseased/ume_update0213.pdf).

The symptoms expressed by the seals and polar bears was preceded by the lowest ever recorded ozone concentrations in the Arctic stratosphere during March 2011 and elevated ultraviolet (UV) levels throughout the Arctic and sub-Arctic (Bernhard, et al. 2012a). Manney et al. (2011) described the event as unusual because the Arctic stratosphere is normally too mild for ozone depletion to progress like the Antarctic winter. But in the winter of 2010-2011, extreme cold in the upper atmosphere lasted more than a month longer than any previous Arctic winter, and the temperatures were low enough to generate ozone-depleting forms of chlorine a month longer than normal.

There are reports of other marine mammals suffering from UV exposure. Martinez-Levasseur et al. (2010) identified high UV levels causing sunburns on whales. They concluded that the thinning ozone layer may pose a risk to the health of whales and other vulnerable wildlife, and found that several species of whales and dolphins had skin lesions they say are due to exposure to increased UV exposure.

Betsy Weatherhead, University of Colorado CIRES / NOAA, reports in her paper, UV radiation: the unexplored threat to the Arctic, (http://www.arctic.noaa.gov/essay_weatherhead.html) to have also observed the consequences of low ozone and high UV levels in the Arctic. Weatherhead reports that humans are at greater risk from the increased UV and many organisms, including phytoplankton and zooplankton, the basis of the marine food web, may be affected, and these are important food for many commercially important species.

The evidence suggests a link of the 2011 ‘unexplained mortality event’ of Arctic seals with low ozone levels and high UV levels. Some of the symptoms of the seals are consistent with radiation burns and consistent with reports of other marine mammals becoming sunburned (Martinez-Levasseur et al. 2010) and, the symptoms are consistent with those predicted by Weatherhead. But, the internal damage to the seals, including lesions on liver, brain and heart, is not necessarily only from UV exposure (van der Leun and de Gruijl. 1993). Until more research describes specific consequences to wildlife from UV overexposure and excludes those symptoms seen in 2011, predictions for increased ozone depletion and increases in UV don’t bode well for Arctic life.

Controlled laboratory experiments using test and control seals exposed to UV may provide additional evidence to support or reject the hypothesis presented here. However, we may find it best, if not more humane, to test this hypothesis by waiting and preparing for the Arctic to experience another ozone depletion event (see http://environmentalaska.us/ultraviolet-radiation-uv.html).

See the presentation at: http://www.youtube.com/watch?v=nuOx17v5ALQ&list=FLST_RpmY_soi7zxWql-VK2g

Weatherhead, B. UV radiation: the unexplored threat to the Arctic. Available at: http://www.arctic.noaa.gov/essay_weatherhead.html


See the presentation at: http://www.youtube.com/watch?v=nuOx17v5ALQ&list=FLST_RpmY_soi7zxWql-VK2g